The History of
the Cafe Racer Movement

The movement started in Britain after the Second World War. The boys that came back home after the war obviously had a lot of training (mechanically) and needed a way to release their need for adrenaline – they would modify mid-size-engines to gain insane levels of performance out of them and then race one another on public roads.

So in Britain you had the Cafe Racer-movement and in America they started the Hot Rod -movement.

The ultimate accolade would be for your bike to reach “The TON” – a slang term for your modified motorcycle to reach 100mph.

Triton
Smoked Pork patty with creamed portabellini mushrooms, roquefort and honey marinated red onion.
This is named after a famous-type of Cafe Racer. A Triumph Bonneville engine built into a Norton frame – hence the name TRITON.

Wheeler HD
Beef Brisket patty, cream cheese, bacon, mac ‘n cheese & sundried tomato oil.
Named after ALEX WHEELER… He and his team from Apocalypse built 60 motorcycles for the Harley and the Davidsons – series on Discovery Channel. Once aired internationally in October 2016, he donated the 1903 Indian.

Fat FΩ#k Freckles
Beef Brisket patty with jalapeño, back bacon, hummus, chilli aïoli, fried egg and gouda.
So the one day an ex-girlfriend of mine came to the restaurant with her new boyfriend. The guy was a ginger, big and rather fat, with plenty of freckles. He ordered the Isle of Man burger and added extra bacon and egg to it – that pissed me off for obvious reasons. but he became a regular client and without knowing why the burger was named that; it became the dish he ordered every time he dined here.

It all started back in FEB 2016 on the 1st floor of the renowned “Beehive” building in Somerset West. The Café Racer concept was born through a desire to create a venue with utter character and guts; something different but really good.

So, The Café Racer is a motorbike-themed eatery that focuses on a great experience for all types of clientele. Clients are engaged on many different levels and encouraged to experience the venue without reservations. Many people have asked where and why the concept exists and how it came about … I cannot say.

We are here to showcase a different way of doing things. We aren’t different for the sake of being different; we just show more of ourselves.

In March 2018 we relocated to the majestic Rodenburg building, Strand, Western Cape – addressing issues like parking and visibility that we had at the previous location. I can truly say that The Café Racer has “evolved” over the last 2 years and here we exhibit that in full glory. 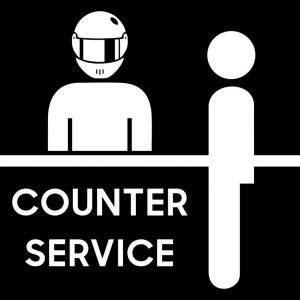